ARPA and COBRA: Everything Old is New Again

On March 11, 2021 President Biden signed the American Rescue Plan Act (ARPA). It contains many HR and benefit-related items, and in this post we’ll cover the new temporary rules for this year’s version of AEI’s.

Normally—and in relation to COBRA that hasn’t been the case since March 1, 2020—COBRA QBs are generally entitled to 18 or 36 months of continuation coverage based upon what type of qualifying event occurred. Last year, and continuing now, DOL has “paused” any number of timelines relating to COBRA elections, initial payments, and payment grace periods. We’ve written extensively about these suspensions of COBRA deadlines here and here.

Under ARPA, AEIs will be eligible for 100% premium subsidized coverage for up to six months for the period from April 1, 2021 through September 30, 2021. ARPA imposes new notice requirements as well as a Special Enrollment Period (SEP) so that AEIs can make certain elections.

Not all COBRA QBs are AEIs. Only employees who lost their group health coverage due to involuntary termination (think layoff, furloughs, and job-eliminated individuals, but not for gross misconduct) as well as those who had a reduction in hours are AEIs. Their COBRA qualifying event must have occurred less than 18 months before April 1, 2021, since under ARPA the entire period of COBRA coverage does not exceed 18 months. [Note: none of the extended “paused” deadlines impact the actual length of the COBRA coverage period]. Lastly, to qualify as an AEI eligible for the COBRA 100% subsidy, the affected individual must have already been enrolled in COBRA coverage on April 1, 2021, or must enroll during the Special Enrollment Period described below.

Which Plans are Subject to the New ARPA Rules?

Certainly group health plans are included, but absent guidance from the IRS and DOL, we don’t yet know if  plans such as dental, vision, and certain Employee Assistance Plans are covered under the ARPA rules, whether bundled with a group health plan or offered as separate options from group health. We suspect that when guidance is issued (hopefully shortly), dental and vision coverage will be included in the premium subsidy. [Update: the DOL guidance better defines plans covered, and appear to include dental, vision, certain EAPs]. We do know that certain types of plans such as health care flexible spending accounts are not covered under ARPA’s special COBRA rules.

The Subsidy: How Much and for How Long?

The subsidy under ARPA for COBRA continuation coverage is full payment of the premium amount due, including the two percent administrative charge typically imposed. That is, COBRA coverage for AEIs is free as long as they are enrolled in COBRA on April 1, 2021 or make an election to enroll during an ARPA Special Enrollment Period.

The period of the COBRA premium subsidy for an AEI starts on the later of April 1, 2021 or the date of a subsequent involuntary termination or reduction of hours that occurs prior to September 30, 2021, and runs until the earliest of the following events:

If an AEI is not already enrolled in COBRA coverage prior to April 1, 2021, he or she gets a “second bite at the apple.” Specifically, AEIs who never elected COBRA when it was first offered (including through the “paused” deadlines), as well as those AEIs who did elect and start COBRA but later dropped it with some of the 18 month coverage window remaining get a chance to re-elect COBRA with the new premium subsidy. And they can make one of two elections:

But wait, there’s more. An employer can optionally offer AEIs the ability to elect a lower-cost group health plan that the employer offers to active employees. We’ll get into required notices shortly, but an AEI would have 90 days after they receive a special notice to make such an election for a plan that is different than the one she was in prior to her loss of coverage due to an involuntary termination or reduction of hours.

[Update: For those states with mini-COBRA laws, each state will have to determine if they will recognize any of ARPA’s Special Enrollment Periods. ARPA’s definition of SEPs generally will not control a state’s mini-COBRA].

We know that many employers (or their COBRA administrators) just sent out required notices of the “paused” COBRA deadlines, but that doesn’t mean it’s not time to send out yet another set of notices. Perhaps this is the way the USPS will stay in business. But in any event, the DOL is required to produce a model notice for informing AEIs of their option to receive their full COBRA premium subsidy as well as their Special Enrollment Period rights. And another model notice for those employers who choose to allow a lower-cost plan option to these AEIs that is currently offered to active employees. [Update: Those model notices are available here].

And, as we said above, “but wait, there’s more.” No fewer than 15 days and no more than 45 days before the end of the subsidy period, yet another notice must be provided to an AEI who has accepted COBRA and the premium subsidy to inform them that their subsidy is coming to an end. But that’s not required if the subsidy is ending due to eligibility for another group health plan (e.g. new job or spouse obtaining eligibility for a group health plan). And if the end of the 18 month window occurs after September 30, 2021, yet another of the regular COBRA notices informing QBs that they are approaching the end of COBRA coverage must also be sent.

And you said you wanted to self-administer your COBRA obligations.

How Does an Employer Recoup the COBRA Premium Subsidy?

Initially, the original bill that eventually became ARPA had multiple mechanisms depending upon how the group health plan was funded. Self-funded plans had the employer providing the subsidy and subsequently claiming the credit, while fully insured plans had the insurance carrier advancing the subsidy and then reclaiming it from the federal government. Some commentators even wrote articles using that mechanism.

But that’s not what was in the final bill signed into law.

Regardless of how the group health plan is funded (fully insured or self-funded or any combination thereof), the employer claims the total cost of the COBRA premium subsidy by taking a credit against Medicare (HI) taxes on their quarterly IRS Form 941. If the premium subsidy is greater than the Medicare taxes withheld and due on the 941, then the employer can apply for a refund for the remaining difference. Employers may also apply for an advance from the federal government for the amounts of the premium subsidies (although the mechanism for this has not yet been determined).

If Kushner & Company is your COBRA administrator, we’re already working on these actions on your behalf, and will keep you posted as further guidance is provided by the DOL and IRS. 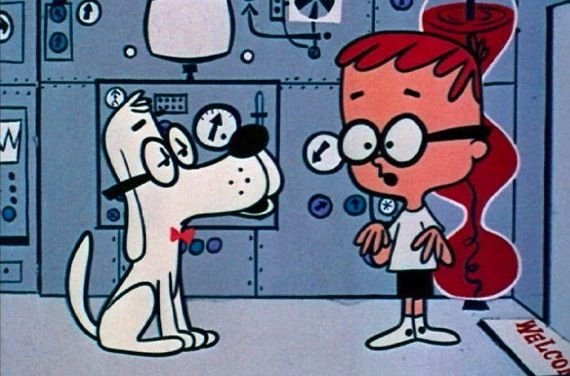