Much has been written about the calculations necessary to compute the amount of payroll costs that must be a major component of PPP loan forgiveness. In fact, at least 60 percent of the forgivable amount (previously 75 percent before passage of the Payroll Protection Program Flexibility Act [“PPPFA”]) must come from allowable payroll costs. In any event, what constitutes payroll costs?

This post was written on June 5, 2020 and updated on June 30, 2020, highlighting the rules and guidance received to-date. As additional guidance is provided we will update this post.

An important distinction between the original CARES Act statutory language authorizing PPP loan forgiveness and guidance provided by Treasury and the Small Business Administration (SBA) since then is that the Act provided that eligible forgiveness expenses must be “paid and incurred” during the 24-week coverage period (originally and still optional 8-week for loans disbursed before passage of the PPPFA, June 5, 2020)  of the loan begins on the date PPP loan funds are first disbursed, while guidance says “paid or incurred” during the covered period. This is a major distinction that we’ll discuss and the operational distinction below. Further, guidance also now allows employers who pay on a bi-weekly or more frequent basis with the ability to have an alternative coverage period for 8 or 24 weeks that begins on the start of the next pay period date. If that option is chosen, then all related PPP forgiveness calculations must follow that alternative coverage period.

For most employees, the compensation component of eligible PPP payroll costs are the gross wages, salaries, bonuses, severance pay, commissions, and any housing stipend or allowance paid during the 8-week or 24-week PPP covered period for employees residing in the US. For employees earning greater than an annualized $100,000, then that individual’s compensation is capped at $15,835 if using the 8-week coverage period, which is 8/52’s of $100,000. If using the 24-week coverage period, this amount is capped at $46,154 (24/52’s of $100,000).

For a pay period that is all or in part of the covered period or alternative covered period, and which is paid on the next regularly scheduled pay date after the end of that period may also be included. On both the beginning of the chosen covered period as well as the end of it, the compensation component of payroll costs cannot be double-counted (duh!). Next, while federal unemployment (FUTA) and Social Security/Medicare taxes are excluded from eligible payroll costs, state unemployment (SUTA) and other state or local employer-paid payroll taxes may be included.

While the term has not yet been defined in any guidance, it uses a different calculation for “owner-employees.” At this point we believe that term refers to individuals who are sole proprietors, partners, and those owning an interest in LLC’s taxed as a partnership, but lacking a definition via guidance we cannot be sure. For these individuals, total payroll costs are net income from 2019, capped at $15,835 (for now–unsure how the new 24-week coverage period will be capped), and specifically (as of now) excludes either of the other items that are discussed below.

Except for owner-employees, the amount of health insurance premiums paid for by the employer (and not including any employee-paid premium contributions) may also be included for those paid or incurred during the chosen covered period. Since it is quite likely that the chosen covered period did not begin on the first of the month when most insurance premiums are due, the guidance provided so far does allow for the use of payments made at any time during the months for which coverage is paid to count in full, both at the beginning and end of the coverage period. For example, if the PPP loan was disbursed on April 10, 2020, employer-paid health insurance premiums for April paid on April 1st are eligible for forgiveness. Similarly, with an 8-week coverage period ending on June 5th, June’s premiums paid on June 1st are also eligible for forgiveness in full. Thus, it is possible (under current guidance) to receive forgiveness credit for three months of employer-paid health insurance coverage during an 8-week period of time. The same would theoretically apply to the new 24-week coverage period.

Here’s the trickiest area of all of these payroll costs eligible for PPP loan forgiveness.  Because guidance has so far strayed from the “paid and incurred” to “paid or incurred” standard, it’s possible (absent further guidance) that employers could pay their full 2019 retirement contributions, 2020 match contributions (safe harbor or not), and even potentially their full year’s 2020 profit sharing, money purchase pension, or other defined contribution plan contributions to the plan during the chosen coverage period, and have it count towards payroll costs eligible for loan forgiveness. If this interpretation stands in some form of Treasury and/or SBA final guidance, there are numerous operational issues to consider, such as how to calculate matches on dollars to be contributed later in 2020 (and how to handle later mid-year election changes), or how to know during the coverage period who will meet a plan’s “last day worked” rule.  In almost all cases, unless an employer is considering only providing a match, for example, on the chosen coverage period deferral amounts and making that employer match near the end of the coverage period, such full 2020 contributions to the plan cannot be allocated to individual participants (how could it? Total 2020 plan year compensation and “last day worked” requirements aren’t yet known). But in the meantime, it might behoove an employer to examine whether or not to make the necessary calculations and payments to the plan during the chosen coverage period.

However, more recent guidance in the form of an Interim Final Regulation, “owner-employees” are capped differently. Owner-employees are defined to include any owner of a C corporation, an S corporation, a partnership or LLC and an individual operating a business as a sole proprietor. The regulations provide detailed limitations on the amount of payments to those individuals that can be used for loan forgiveness. The borrower needs to represent that the forgiveness amount does not include compensation of more than either a) 2.5 months’ worth of 2019 compensation for any owner-employee, self-employed person or partner, capped at $20,833 per person if a 24-week covered period is used, or b) 8 weeks’ worth of 2019 compensation, capped at $15,385, if an 8-week covered period is used.  In essence, while those who are not owner-employees have compensation capped at an annualized $100,000 and then have group health insurance premiums and employer retirement contributions added, owner-employees’ total possible forgiveness amounts including group health insurance premiums and employer retirement plan contributions are capped at $15,835 for the 8-week covered period or $20,833 for the 24-week covered period. 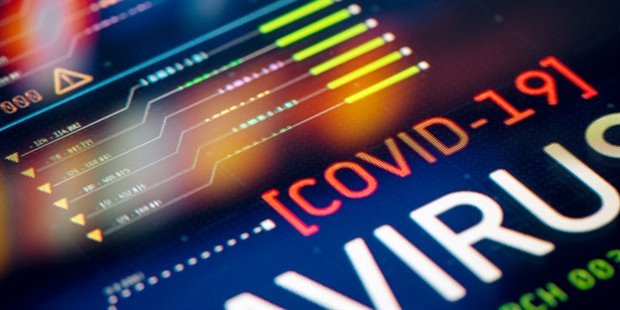